The Hypothalamus, Pituitary and Pineal Glands 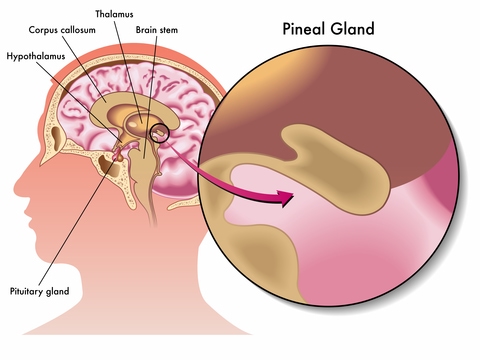 Three glands of critical importance to the body, the hypothalamus, pituitary and pineal glands, are all located in the brain.

These glands work synergistically to control many functions in the body.

Many children today experience symptoms because their hormones are out-of-balance or out-of-sync with one another.

Hormones have their individual functions, but they may not be able to do their jobs if they are not in balance or in sync with other hormones in the body.

Any hormone out-of-sync disrupts all the other hormones and their functioning.

Hormones are very complex and sensitive to diet and toxins.

Let’s look at each of these important glands.

The hypothalamus is often called the “master gland” because one of its most important functions is to link the nervous system to the endocrine system (hormonal) which it does by controlling the pituitary gland.

The hypothalamus synthesizes and secretes neurohormones that stimulate or inhibit the secretion of pituitary hormones which in turn aids the hypothalamus in controlling:

The hypothalamus may malfunction with:

What supports the hypothalamus?

There are two parts to the pituitary: the anterior and the posterior, and they both function separately from one another.

The major anterior pituitary hormones are:

The posterior pituitary gland stores and secretes two hormones found in the brain:

What supports the pituitary gland?

The pineal gland is often referred to by mystics as the “third eye.”

The third eye is the connecting link between the physical and spiritual worlds, and one might say the sacred place of extrasensory perception in the brain.

It has certainly been a source of interest and intrigue for mystics and healers for thousands of years.

Today, most doctors understand that one of the reasons the pineal gland is important is because it produces melatonin, which regulates circadian rhythm and induces sleep.

Dietrich Klinghardt MD PhD believes that many individuals with sleep disorders have melatonin deficiency because the pineal gland is not getting enough full-spectrum sunlight during the day, or enough darkness during the evening.

Other factors that influence and disturb the pineal gland’s production of melatonin are:

What supports the pineal gland?