Catecholamines are naturally occurring amines that function as hormones and neurotransmitters in the body. In chemistry these hormones have a benzene ring with two OHs (hydroxides), hence the odd name.

The three main catecholamines are dopamine, epinephrine (adrenaline) and norepinephrine, and all three have different functions.

Dopamine is more involved in brain functioning, while epinephrine and norepinephrine are both involved in activating the sympathetic nervous system in the fight-or-flight response to stressful situations. Dopamine is one of the most important brain hormone/neurotransmitters for children with neurodevelopmental disorders.

Low dopamine affects the ability to focus and think, while high dopamine causes an overload on the brain’s ability to process information. Here are some of the important functions of dopamine which are all crucial to children with neurodevelopmental disorders:

Children with autism, ADHD, Sensory Processing Disorder, Lyme disease, PANS/PANDAS, OCD, ODD or mood disorders may have pathogenic infections that have crossed the blood-brain barrier because of traumatic brain injury or exposure to EMFs (electromagnetic field), toxins or antibiotics. Cross-reactive antibodies created in response to these pathogenic microbes attack the dopamine receptors in the basal ganglia of the brain, causing a fluctuation in dopamine, which results in OCD, tics and other neuropsychiatric symptoms. This is sometimes called autoimmune-mediated basal ganglia dysfunction.

Epinephrine is involved in the body’s adrenaline drive in the fight-or-flight response. It is usually released in situations of arousal such as anxiety, excitement, fear and response to stress. This catecholamine regulates:

Elevated levels of epinephrine are associated with:

Low levels of epinephrine can cause:

Epinephrine is more commonly known to treat a very severe allergic reaction with an EpiPen.

Norepinephrine’s primary role is to create more alertness, arousal, awareness and generally more responsiveness when confronted with a stressful situation. Unlike the hormone cortisol, norepinephrine is released on an as-needed basis and returns to normal after a stressful event.

However, a lack of norepinephrine can cause:

In addition, an extreme amount of norepinephrine may be released during a mania experience such as in bipolar disorder.

How to Boost Catecholamines

L-tyrosine is an amino acid that can increase norepinephrine and dopamine in the brain to help improve moods, allergies and depression. It is the precursor to catecholamines, and good sources of it are:

Rhodiola rosea (an adaptogenic herb) and choline can increase dopamine.

How to Lower Catecholamines

Sometimes, your practitioner may discover that your child has excess catecholamines, so they may need to be lowered. Mangosteen (a fruit) is beneficial for reducing high dopamine levels, and the following supplements can reduce high epinephrine and norepinephrine levels:

These all support the adrenals and are calming to the body. Daily exercise and sports activities are also very helpful in keeping stress levels down. As always, we recommend that you work with a healthcare practitioner to determine if your child needs any of these supplements. 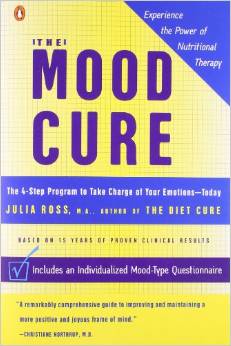